Lindsey Kelk‘s book launch last week (fanks Harper Collins Canada for invite!) was a blast, and the Globe and Mail took our photos to prove it. i hope this doesn’t make me a socialite now. i’m a writer sweating through pepto-bismal nights and entire unusable chapters. verging on something brilliant, brewing in the head.

katie and i had brunch on the Drake Hotel patio and were sweating out stories and sunlight. our pores unclogging fluids, florid tales, and emotional refugees. at the next table, a couple had a huge fight, and we all pretended not to hear as the woman got up and walked away. at first it seemed that the man might be left with the bill, but the woman returned, paid the entire bill, scooped up her uneaten plate and stuffed it in a doggie bag, finished off her cocktail in one stinging gulp, and walked away.

sometimes i am a dead girl.

katie then took me to a hipster house party where everyone wore vintage heels and dresses of polyester. the men were awkwardly handsome and the food reminded me of literature. like we were eating plates torn from the pages of Neruda and Marquez. i took this above photo, the saying was mounted on the flue mantle, hidden behind other ornamentals, almost missing my attention.

if i were to fill in this blank, i would put, “…like a blind woman, bathing.”

i’m used to spending time alone. i wander the streets of the city, biking with no where specific to go, wrapped up in my own thoughts. i never bother inviting my friends to come out with me, it never occurs to me until later when i’m sitting on a bench outside a falafel joint, watching heat rise from the pavement, and couples with awkward body language teeter-totter past me, that i think “i wish i could elbow-rib-cage my girls about this.”

flexing chimp stencil in an alleyway off dundas west. in my head, this is my mirror image. i am always internally surprised when someone recognizes me, or knows my name. i don’t know why, maybe it’s the idea of owning real estate in someone’s consciousness, and not being able to see how they’ve maintained the weeds, that’s the mind-fuck. perhaps this stems from years of …. actually i don’t want to talk about that. too lazy to delete.

“We’ve never met b4 but I think I just saw u riding ur bike on the esplanade. I am not a stalker!
U rang ur bike bell at a few guys who were walking in the middle of the street…one jumped! LOL! it was pretty effing funny!”-LG

yup, twas me, fanks for message guy. i like bombing along the street and scaring the shitfuck out of chumps who are doefully expecting lady cyclists to be in floral dresses and wedge heels. fuck that noise.

although i prefer the aesthetics of the city bikes with the slim tires and really high handlebars, i just would never be satisfied riding them. those hipster rustbuckets have NO gears and you feel each bump like a crack in the coccyx. i’m not riding these streets to look like a daisy, i like my shit-kicker bikes that have been slammed around. i want to go uphill fast, downhill faster, spinning over loose gravel, wiping out, and standing on the pedals the entire way.

last week, i was T-boned by another cyclist who was making a turn too fast without using her breaks on the wrong side of the bike path. shitface clearly didn’t know what the hell she was doing. my bike flipped and yet i somehow jumped off the bike, landing on my feet, not a scratch on me. my bike’s rear, however, was totaled. i tore her a new asshole when she dared to say that i was going too fast. YOU WERE TURNING INTO MY LANE AND YOU HIT ME, NOT THE OTHER WAY AROUND. CHRISSY MAD. CHRISSY SMASH. i hope she gets gonorrhea and her face turns into a scrotum. suffice it to say, i had to buy a new bike – a 21 speed schwinn mountain bike with shocks.

when i cycle around the city, my sweat is 50% lube.

one of the best graffiti finds yet, near bathurst and dupont.

the street lamp reminds me of Spitalfields and Brick Lane in London, haunted with jack the ripper and sherlocke holmes. i miss living in London most days when my ligaments tense up.

the Fringe Theatre Festival is still going on, i’ve seen some amazing plays in the past week. one of my besties, Luis, wrote and stars in P-Dale, a sketch comedy piece about convenience-store-heist-ers who do everything wrong. there’s rapping, there’s dildo-masks, there’s ironic hipsters, and there’s a hand that gets blown off. it’s fricken brilliant. go see it!

another favourite was Swoon, which is essentially staged like a collective creation, cataloguing sweet and bittersweet moments that occur at the beginning and end of relationships. if the writing were an abode, it would be a shining castle.

when dusk hits the Fringe Tent, you’ll see me in flip flops and a dress that blows up every so often so i can see my feet, heading to the theatre to find something not yet written on my body. 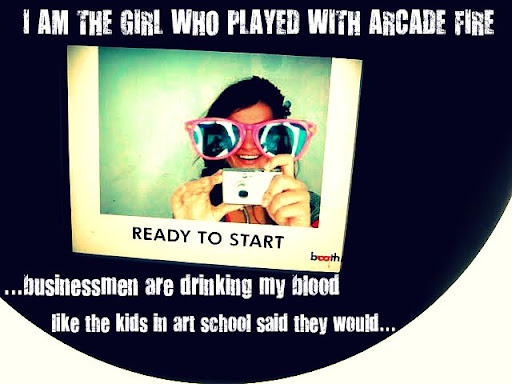