#Banksy in Berlin and Copenhagen 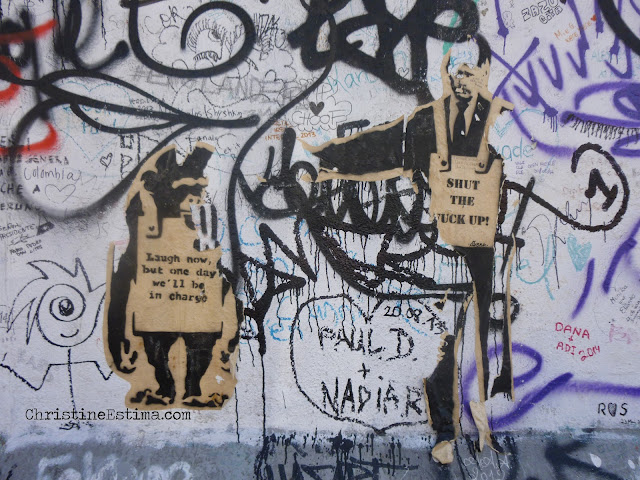 I didn’t include this photo in my Berlin Wall post because it deserves its own dedicated post. I found this Banksy on the East Side Gallery, and it’s an old piece of his: a monkey wearing a sandwich board that reads, “Laugh now but one day we’ll be in charge.”

Someone has added a stencil mocking him that says “Shut the fuck up.”

(Fun fact: my old NYC love Hanksy satirized this piece by replacing the monkey with Tom Hanks, which I blogged about here.) 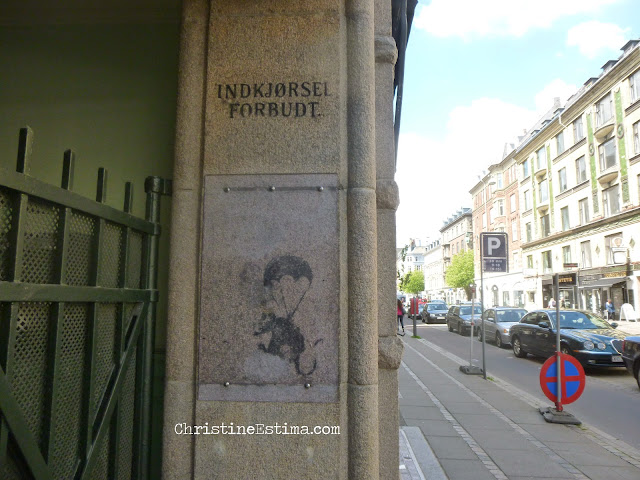 I didn’t have the time to post this when I was still in Copenhagen. I was walking along and I came across this Banksy piece from his parachuting-rat series. If you know Banksy like I do, you know that he hasn’t done one of these for YEARS, so this piece is extremely old and a rare find.

But how did I know it was a real Banksy and not some imitation? 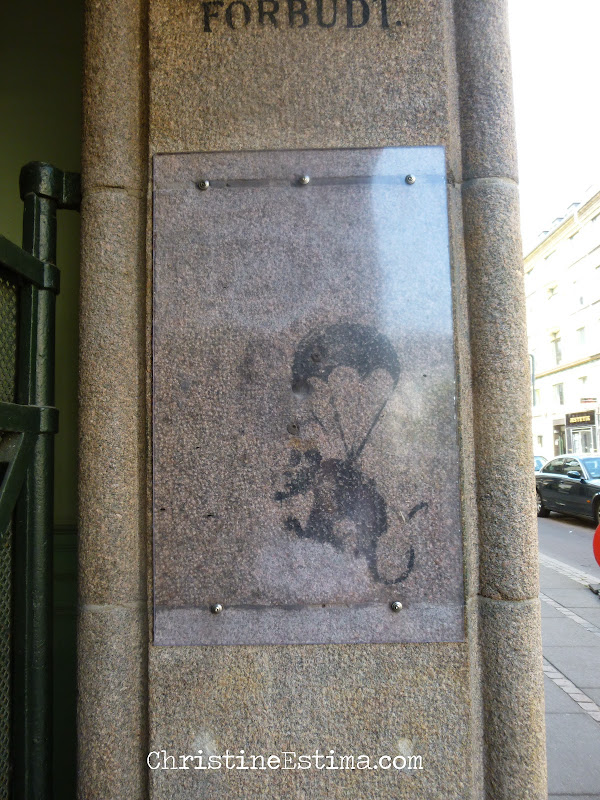 Because it’s behind plexiglass. 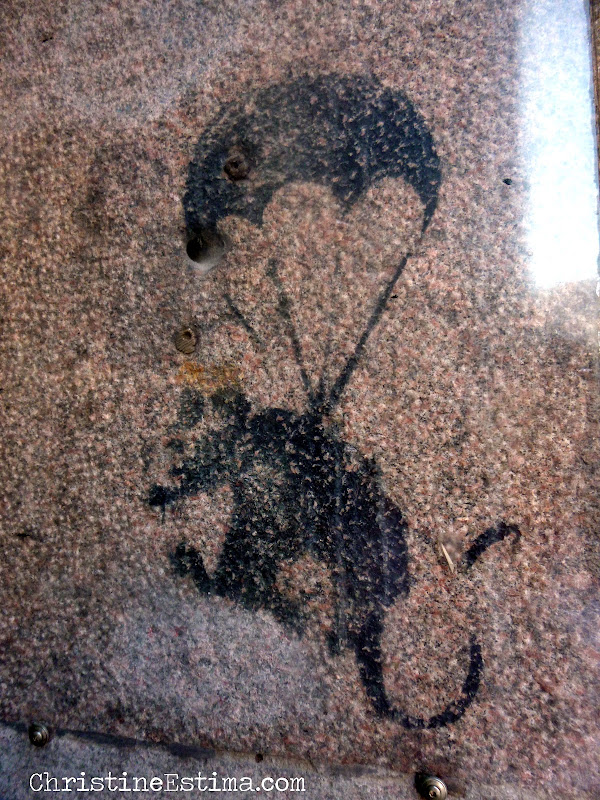