JR’s “The Wrinkles of the City” in Berlin: one year later

Last year, JR hit up Berlin for his project “The Wrinkles of the City” where he pasted his famous oversized portraits on some iconic architectural specimens found throughout the historic city. But unlike his Inside Out Project, these were portraits of the elderly, or at least, “more seasoned” people, in an effort to show the beauty that comes with age. I wasn’t able to come to Berlin last year, but I’m here now! Considering that street art usually has a very short shelf life, it was thrilling to find many of his works still visible and in great condition one full year later! 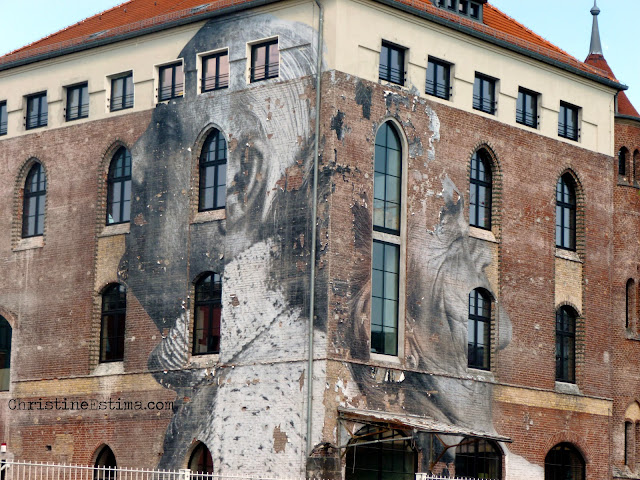 This was on the side of Ostbahnhof, across the street from the East Side Gallery. 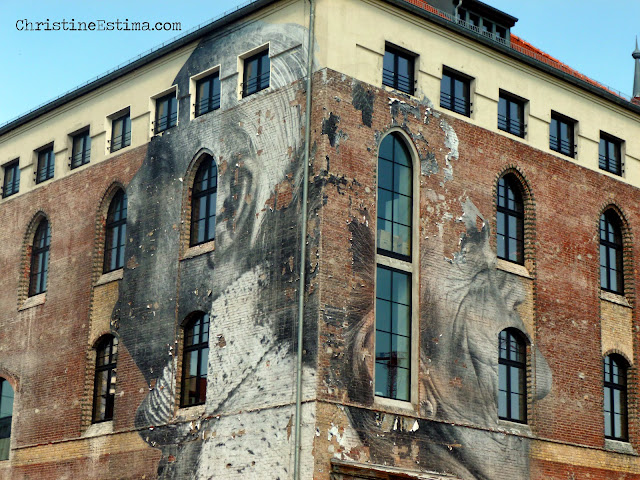 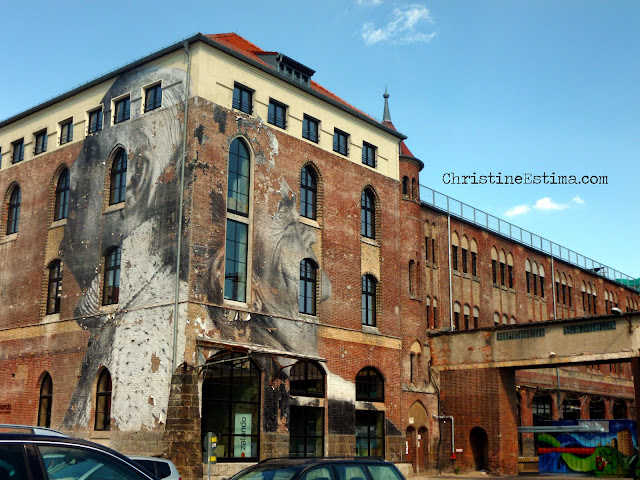 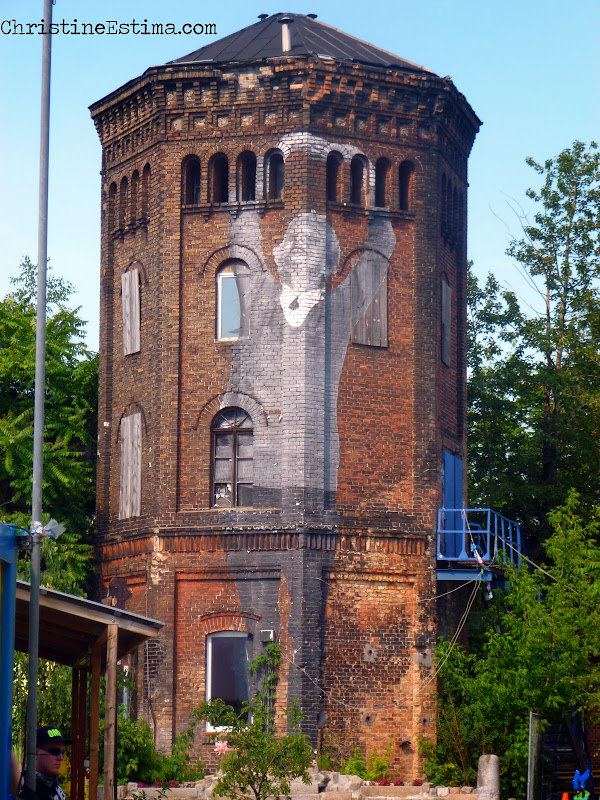 This was also across the street from the East Side Gallery, but no one seemed to notice it. People were so consumed with taking assinine selfies next to the Berlin Wall, they didn’t bother to look around. 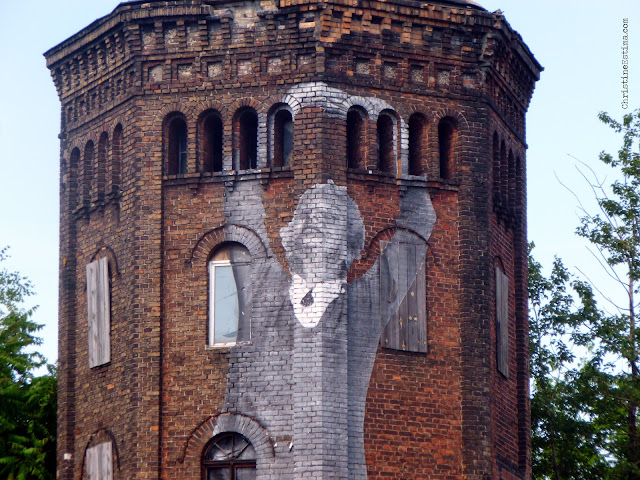 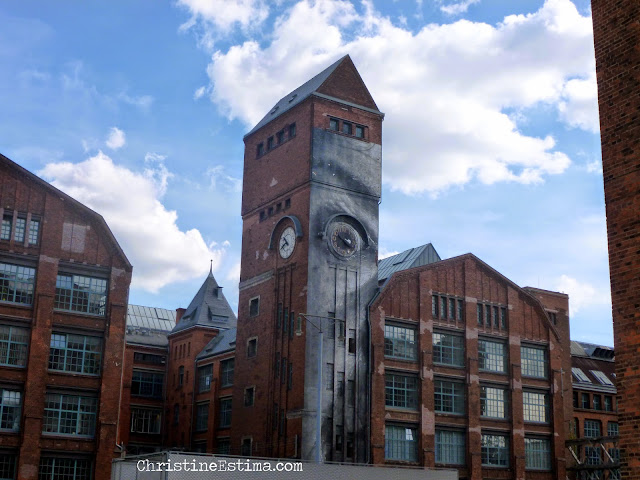 This beautiful find of Salvador Dali was up on Gustav Meyer Allee.  I had to hop a fence or two to get these shots. 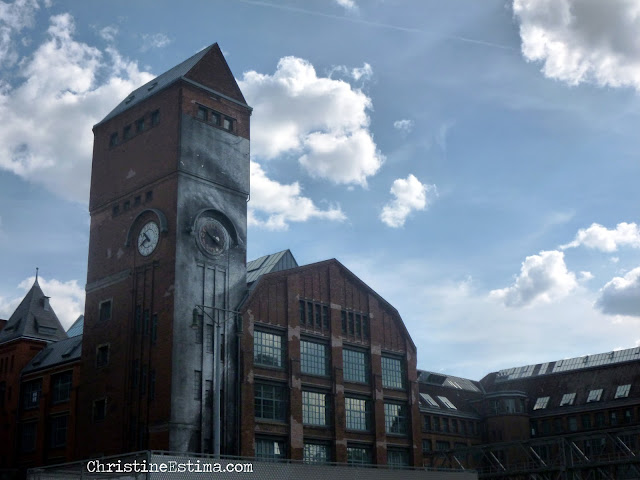 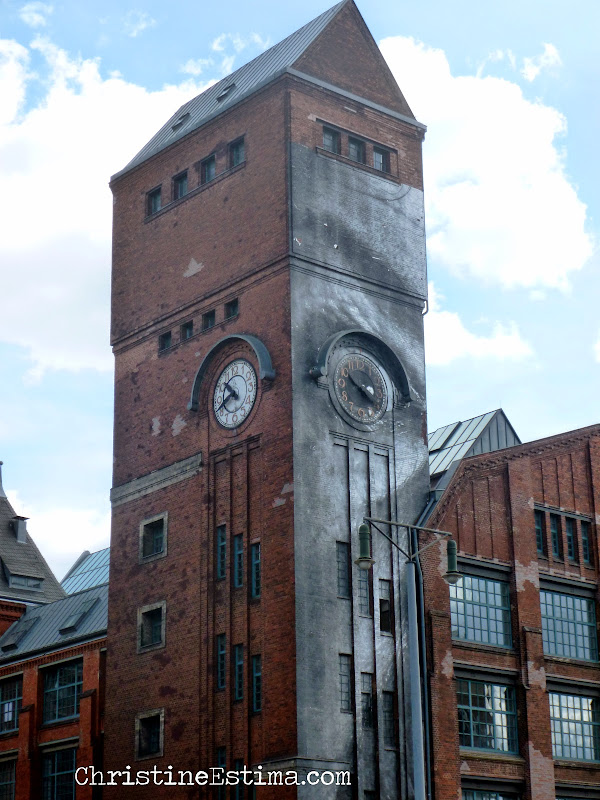 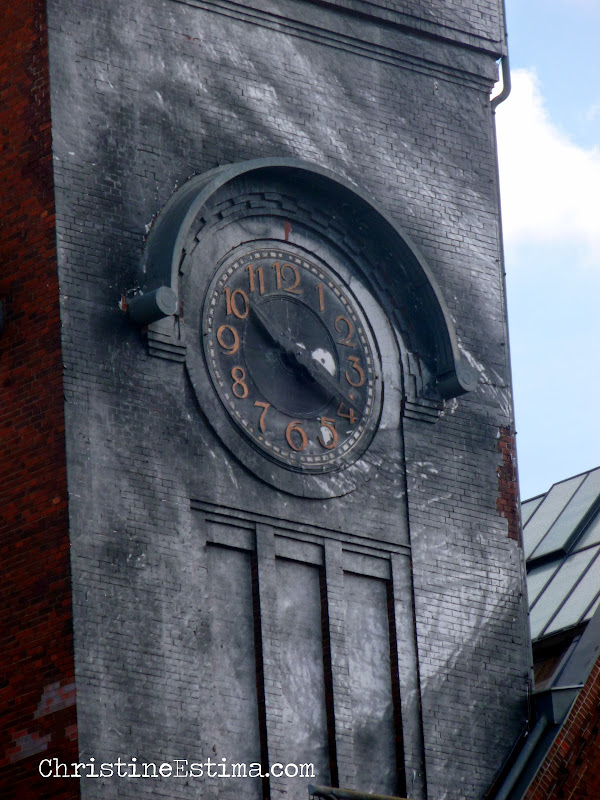 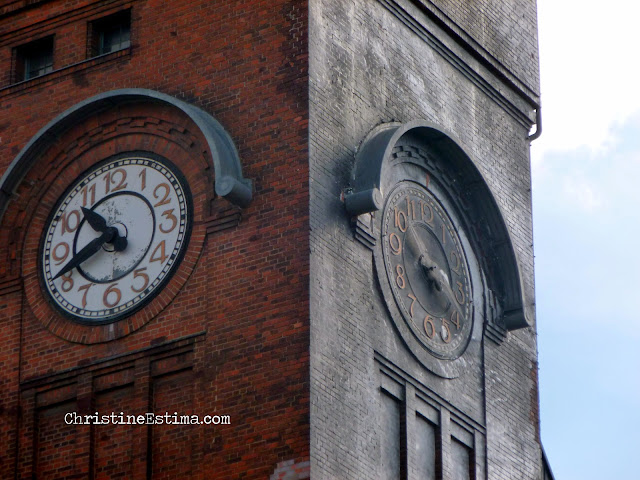 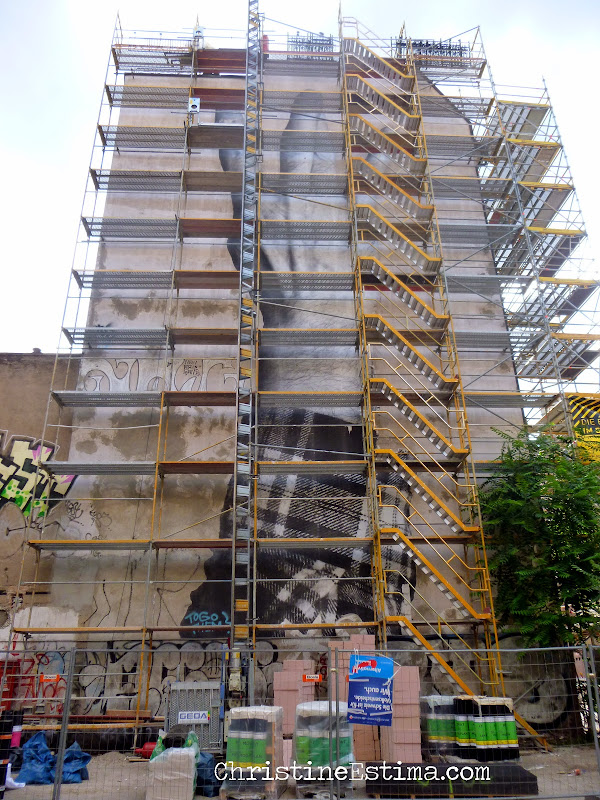 See the hand? If you have ever taken a photograph with JR, as I have, you know that this is his hand-thingie-sign-whatchamacallit. I got it wrong when I took my picture with him in London. Anyway, when I found this huge piece, as you can see, it was covered by construction.

This is what it’s supposed to look like when all of this scaffolding isn’t obstructing it… bastards. 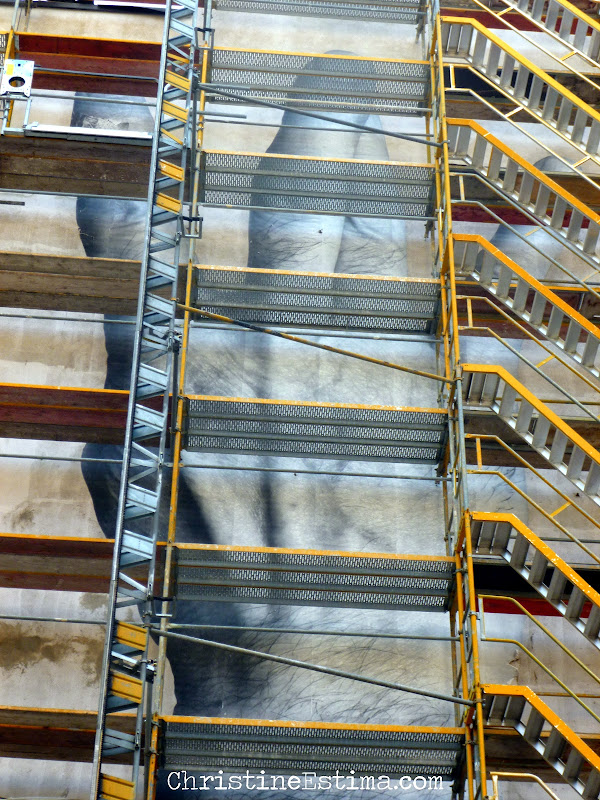 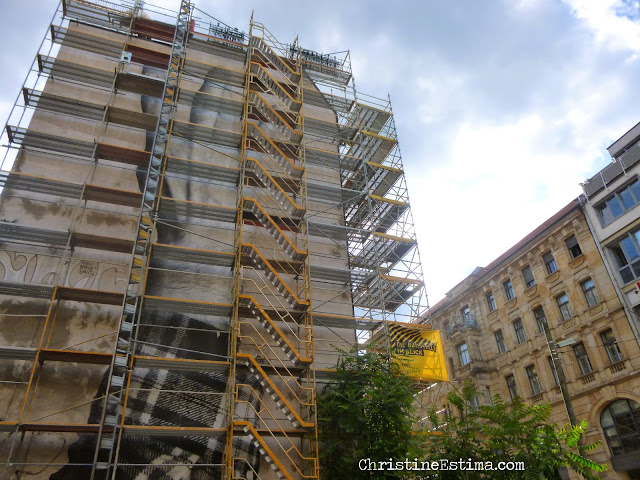 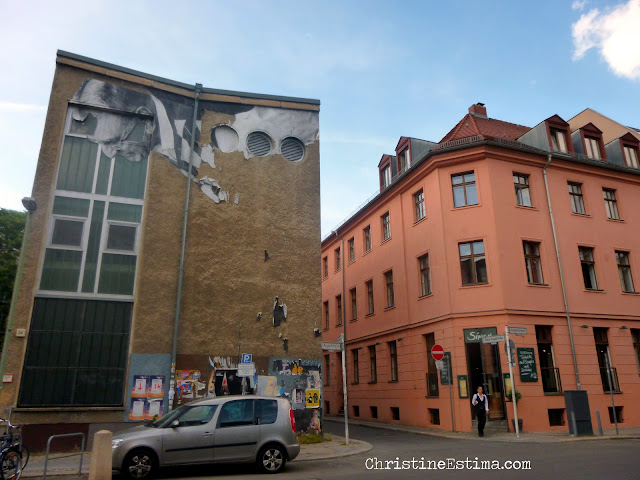 This piece used to take up the entire side of this building. I guess it didn’t withstand the elements very well. 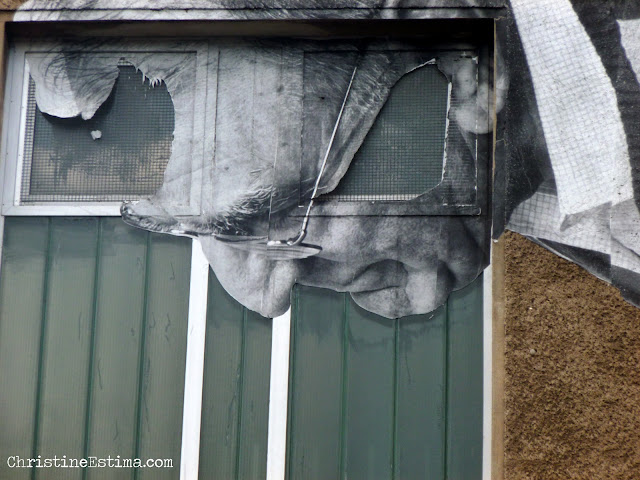 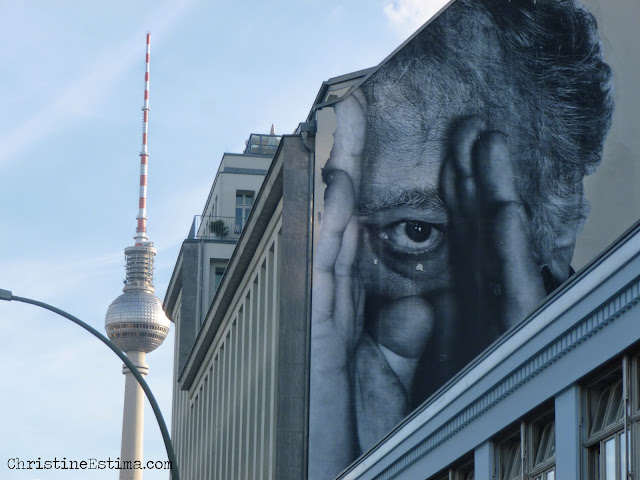 This was on the side of Soho House, on a huge East Berlin boulevard that seemed oppressive and deserted. But I love how the fernsehturm (tv tower) in the background gives the wheatpaste a dimension and depth… and also GRAVITAS (i think that word is kind of silly, but it fits in this instance)…. gravitas. 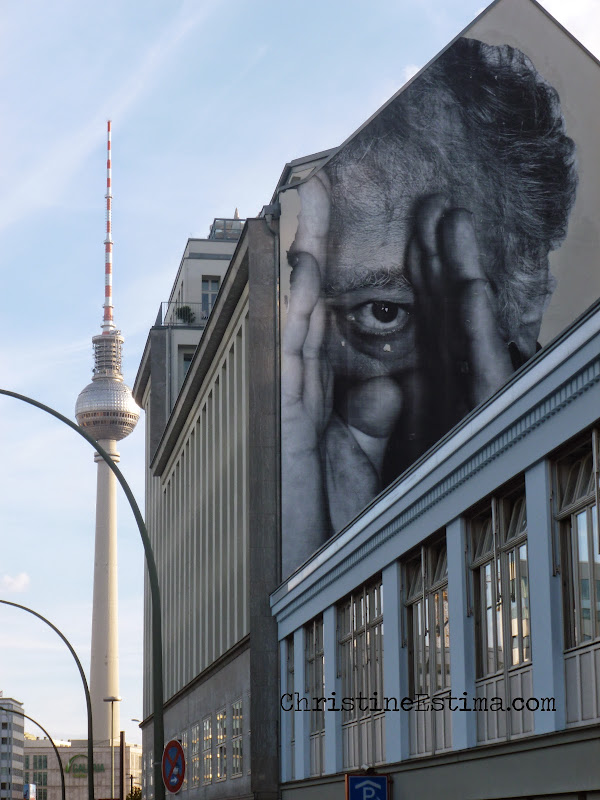 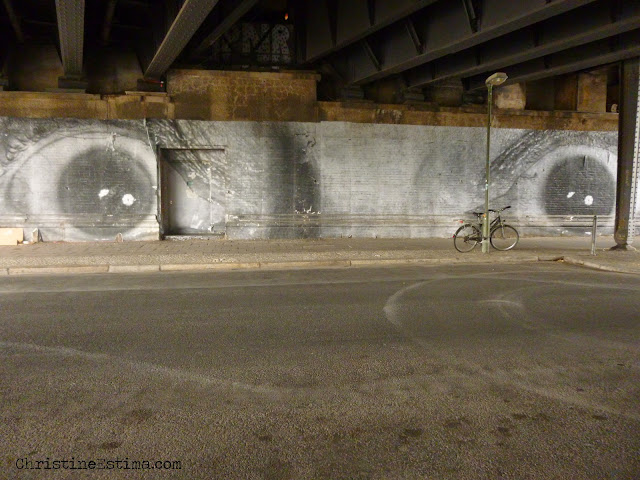 This was underneath a bridge, near Friedrichstraße station. This one survived the elements pretty well! Yay, bridge-protection!

Unfortunately, the rest of the JR pieces around the city were untraceable to me… I searched for many of them but came up empty handed. Either they’re gone from the elements, or I had the wrong location information. But I’m happy these lovely pieces have survived a year!
Check out my JR category and my Inside Out Project category for more of his works that I’ve photographed around the world!

This entry was posted on June 26, 2014 by Christine Estima. It was filed under Berlin, GIFs, JR, photography, street art and was tagged with Berlin, Berlin Wall, East Berlin, East Side Gallery, fernsehturm, Friedrichstraße, Germany, graffiti, inside out project, InsideOutProject, JR, poster, Salvador Dali, street art, urban art, wheatpaste, Wrinkle of the city, wrinkles of the city.