Another ghost sign! I found this beauty in Peckham on Chadwick Road. 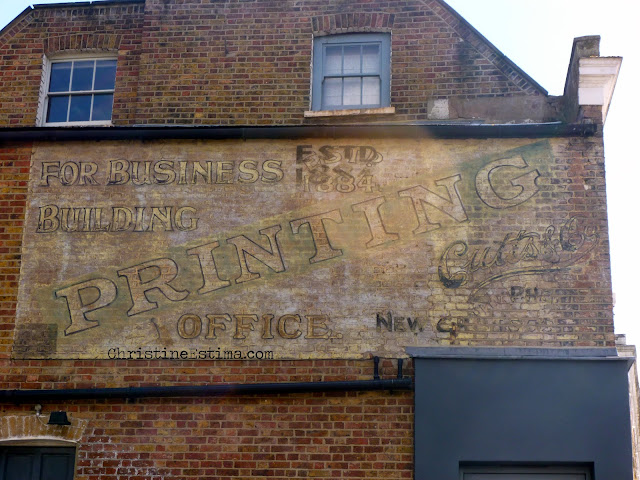 Look at this gorgeous thing. Established in 1884, they knew them that for ‘business building’ you needed to print stuff! Flyers, releases, cards, documents! Why not print them all fancy-like! I WANT TO BE ESTABLISHED IN 1884. You guys know that I love typewriters and antique modes of communication and writing, so I’m literally aching with jealousy that I wasn’t around in 1884 to check out the machines and mechanisms involved in printing back them. I want to see men in suspenders stained with ink and with paper cuts using big iron machines to print on delicate pieces of paper! THINK OF THE TYPEWRITERS. 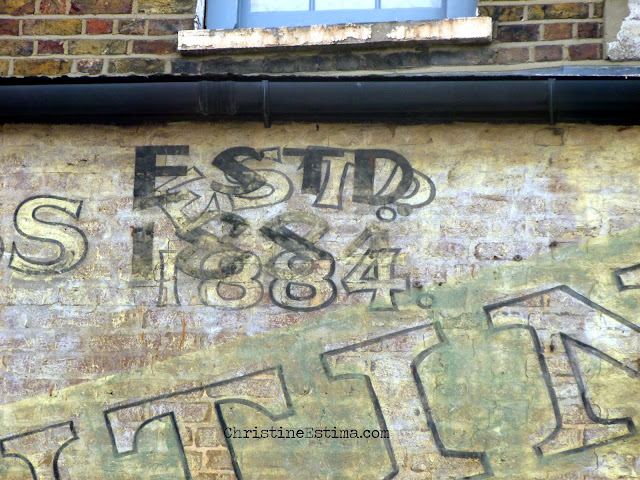 I wonder why they went over this with that black shadow? Or was the shadow there first? 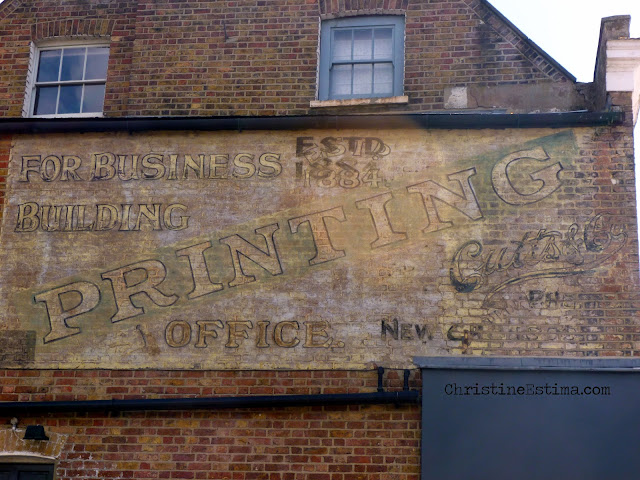 I can’t make out what it says on the right. Any ideas? 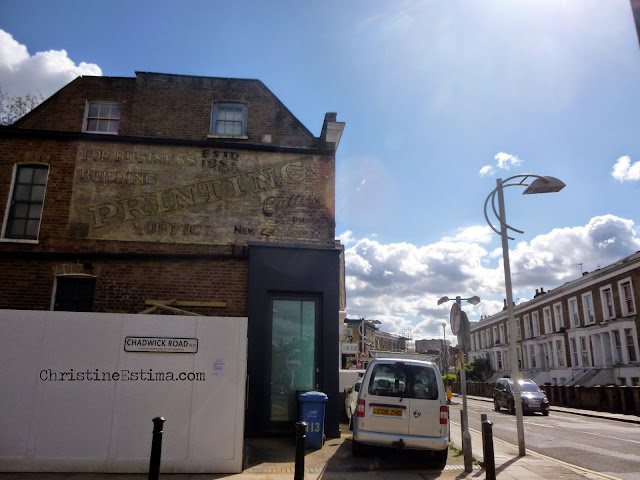 Our Sons, Our Ghost Signs

In my last ghost signs post, I promised to find more. 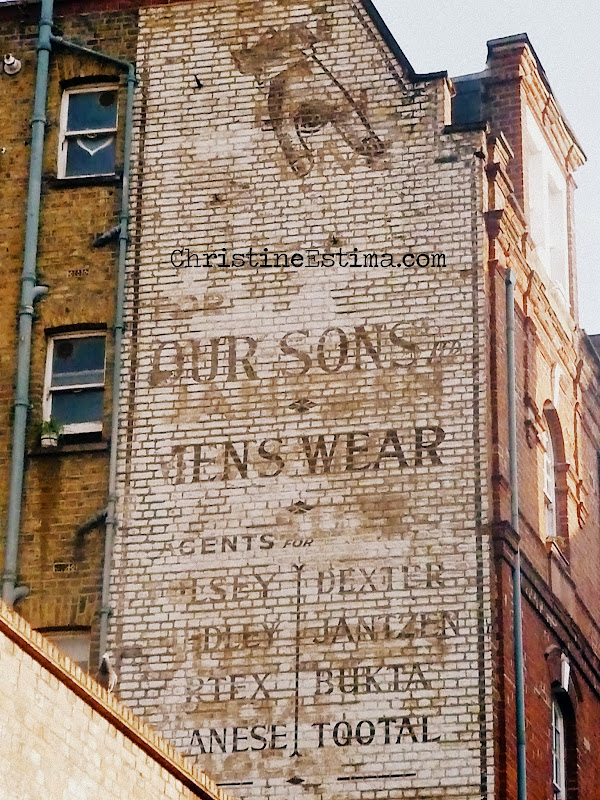 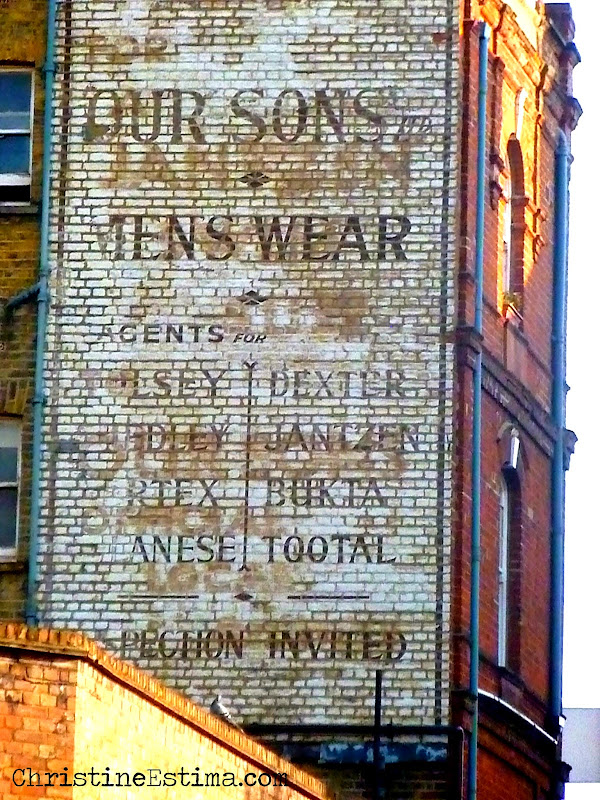 This one is great, an advert for Our Sons Menswear on Electric Lane in Brixton, which is now where the Brixton market is. Of course the shop isn’t there anymore, and I have never heard of the brands they’re advertising here, but I love that the advert has survived on those gorgeous bricks!

LOL at the “inspection invited” bit at the bottom. 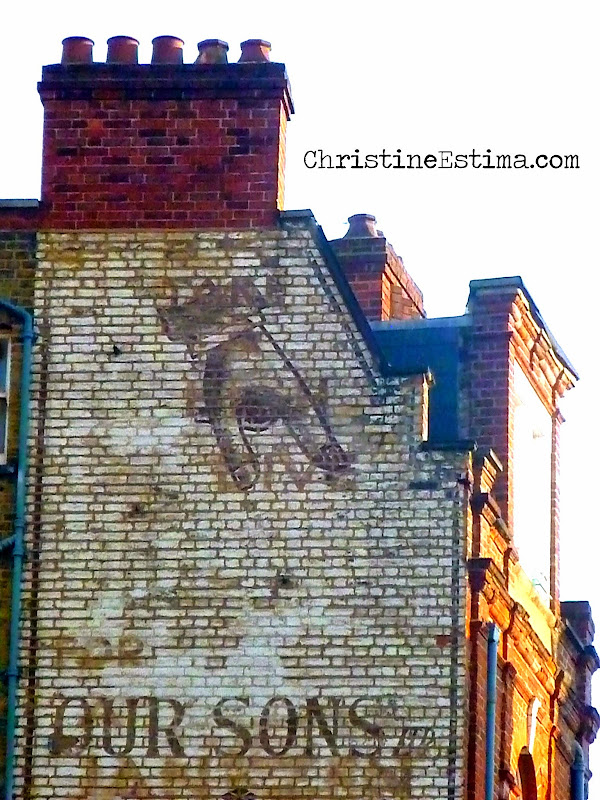 And the pointy finger! IT’S THE BEST PART! 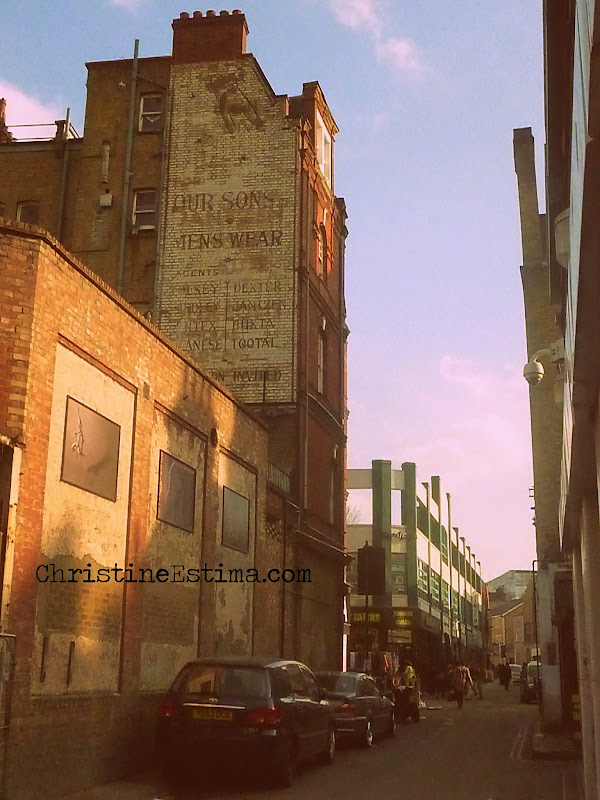 I betcha that building in the foreground wasn’t there 100 years ago. It now obstructs the view of the sign, partially. Back then, the sign would have been in clear view of everyone. I love how the alley is now pretty much empty and abandoned, but this advert reminds us that once these areas were bustling with life and shops and people… now forgotten except for their remnants. 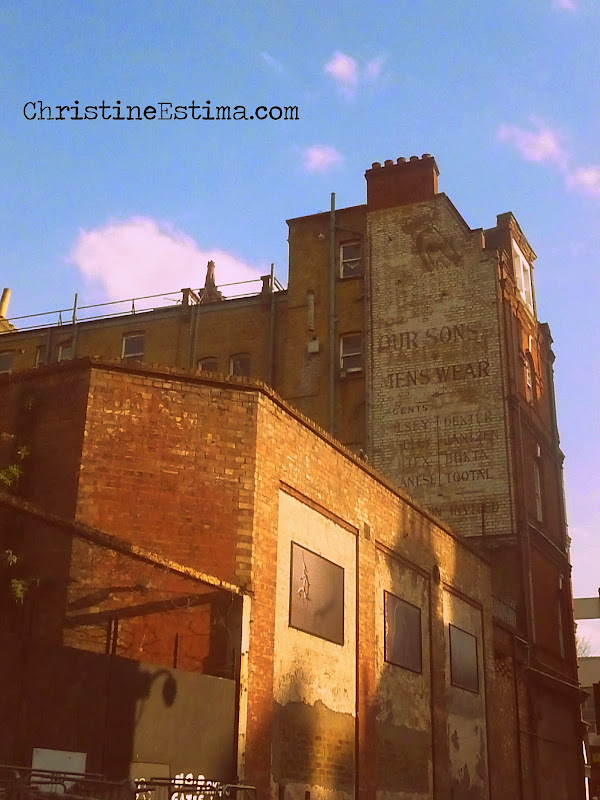 Ghost signs in #London and #Amsterdam

Ghost signs (if you don’t know the term) are my current fascination. I can best explain them as such: 100 years ago, instead of billboards, advertisers would literally paint their signs and adverts to the walls of buildings. In many places, those old painted signs, although faded, are still visible. Places like London and Amsterdam are fantastic for ghost-sign-hunting, because there are so many pre-war buildings sporting ’em. I like the calligraphy and fonts, I  like the designs, I like the old-timey, antiquated feel of them. It’s the quickest form of time-travel, really. Here is a selection of ghost signs that I’ve been fortunate enough to find. I will endeavour to find more! 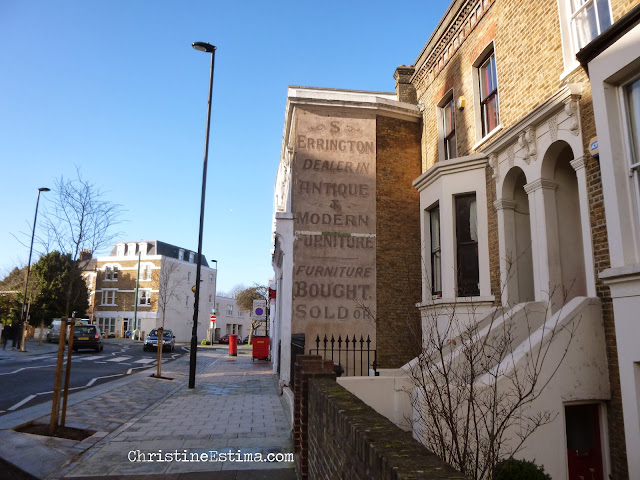 This one is my favourite, so let’s start with it! I found it halfway between Herne Hill and Brixton in London. 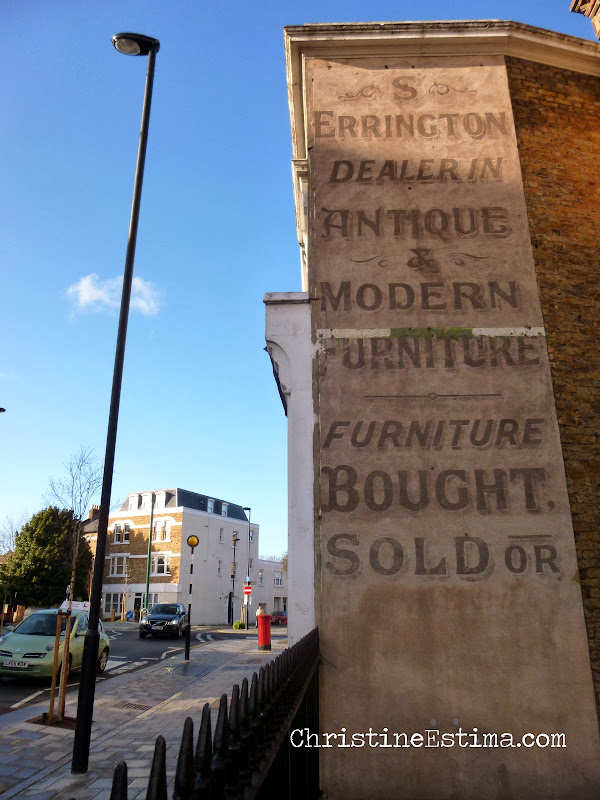 I find it highly ironic that this is an antique sign advertising antiques! THAT’S SO META. Can you IMAGINE what antiques you could have found 100 years ago? Stuff from the 18th and 17th century, surely. 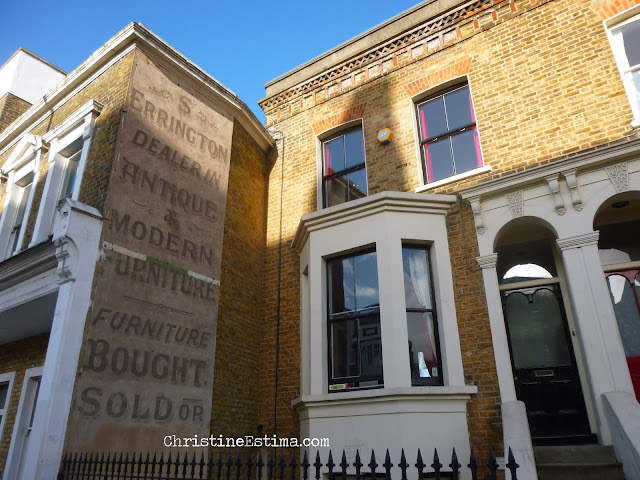 You’ll notice that the bottom of the sign is cut off mid-sentence. According to the internet, it used to say “bought, sold, or TAKEN IN EXCHANGE.” 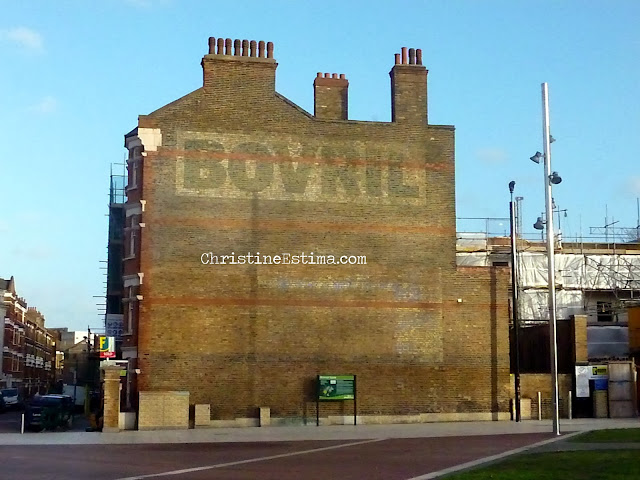 This old Bovril ghost sign is quite popular in Brixton, and I’ve been passing by it for years, without bothering to photograph it. Have you ever tasted Bovril? It tastes like battery acid. EAT UP! 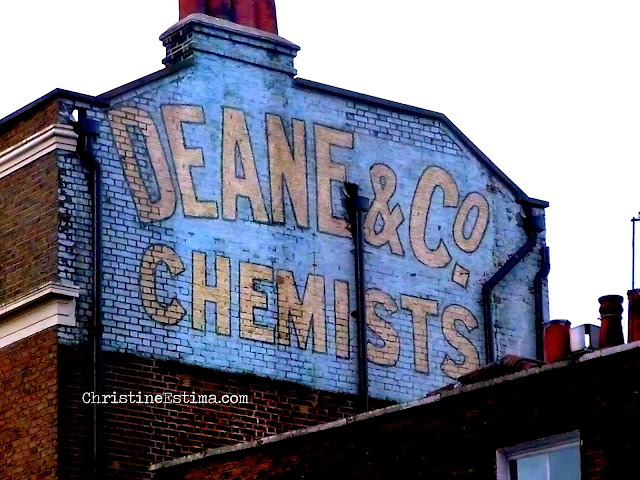 This Dean & Co Chemist’s sign was hard to photograph, as it’s situated high up and is almost blocked by the adjacent building. There’s no chemist there now, just a hair salon. This was opposite Clapham Common. 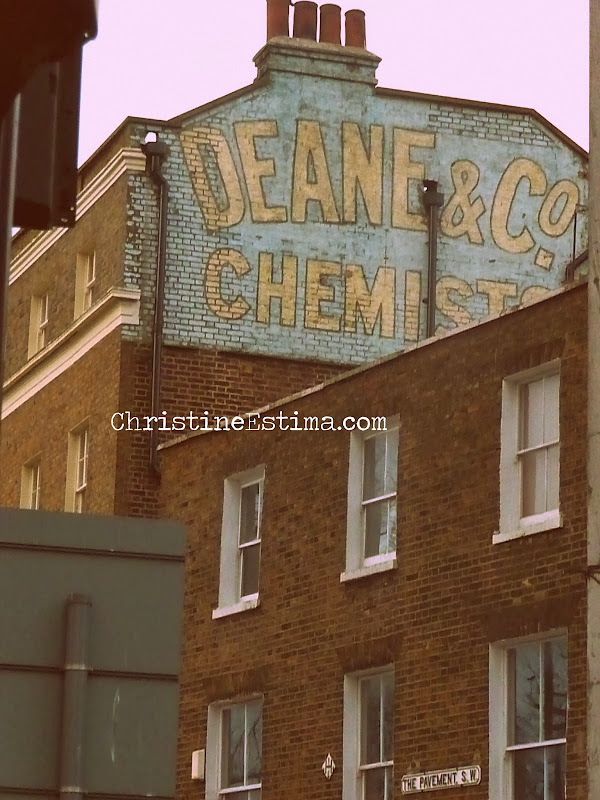 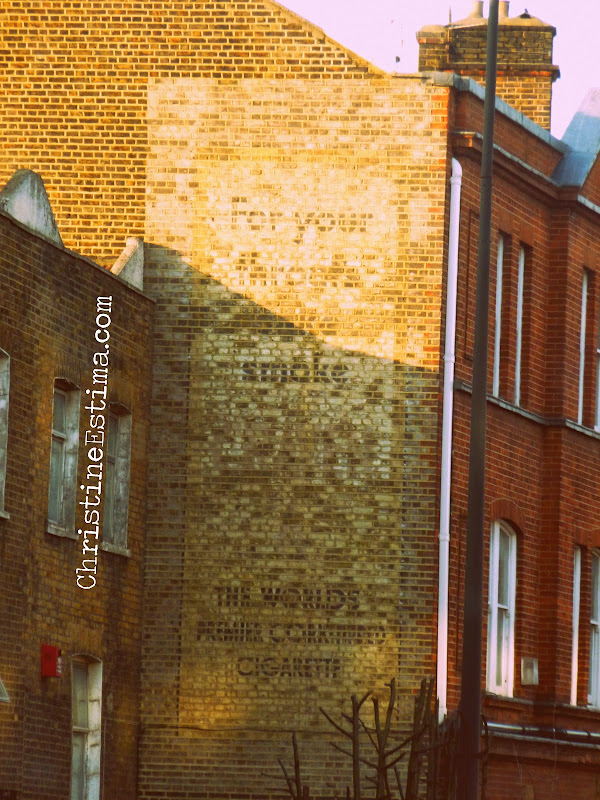 Here’s another favourite of mine that is really faded, but it’s SO OLD-TIMEY COOL! It says, “For your throat’s sake, SMOKE the world’s premier cork**** cigarette.” I can’t make out if it says corklined, or corktrimmed, or corktarred, or something along those lines, it’s so faded. 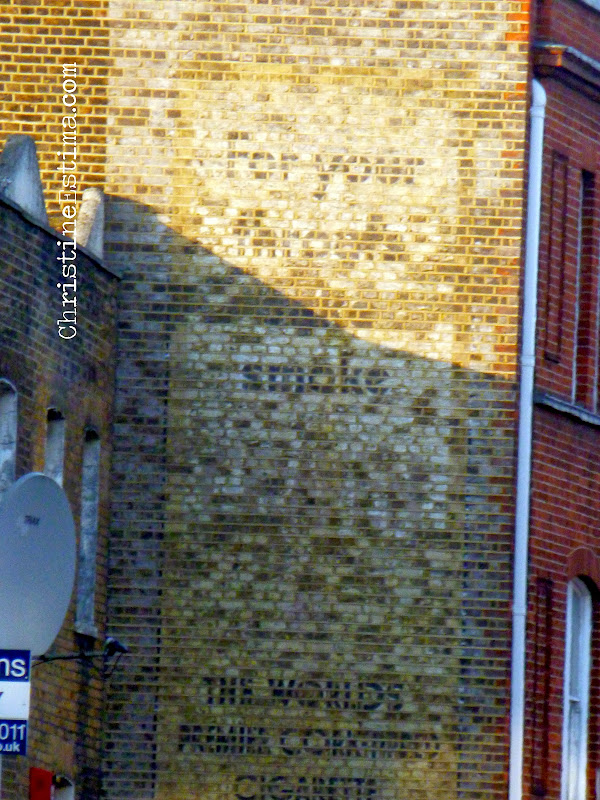 This is an excellent reminder of advertising standards 100 years ago, where Doctors would tell you that smoking was actually good for you. And advertisers would lie and say it made you healthy, and shit. AMAZING FIND. 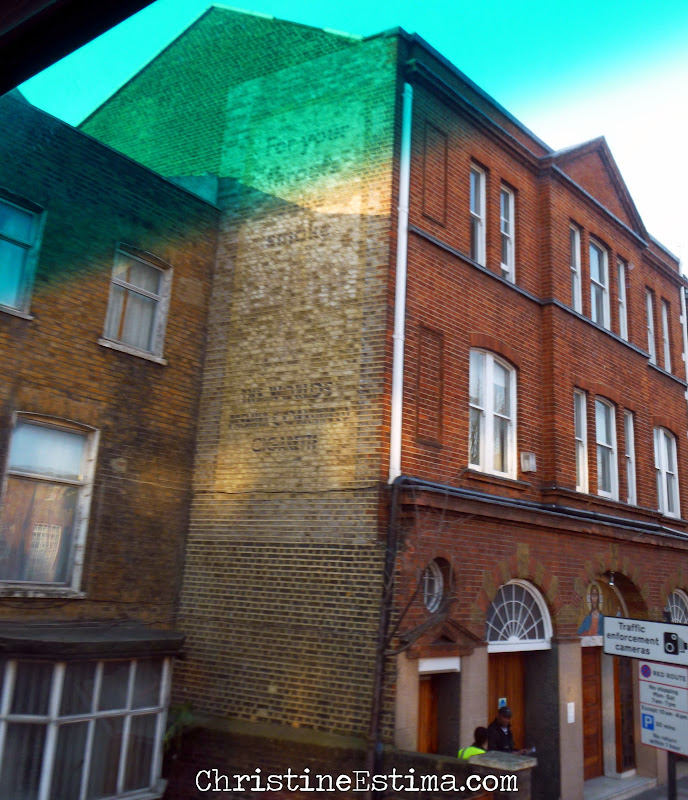 I found this near Stockwell tube stop. 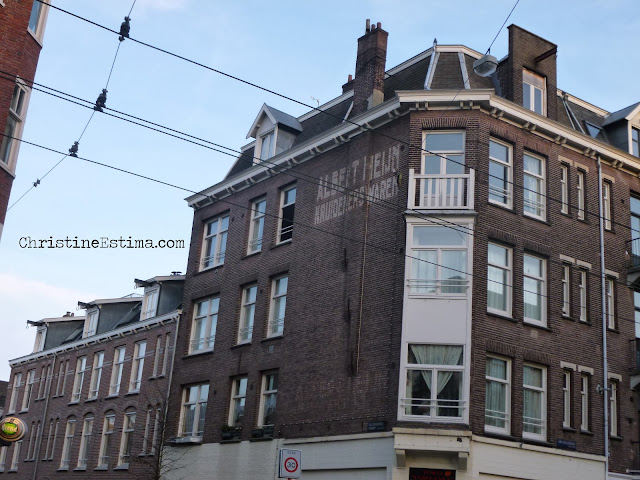 Now to Amsterdam, with a cool Albert Heijn paint job. As I mentioned before, Albert Heijn is a supermarket chain in The Netherlands, and apparently, has been around for a long time! 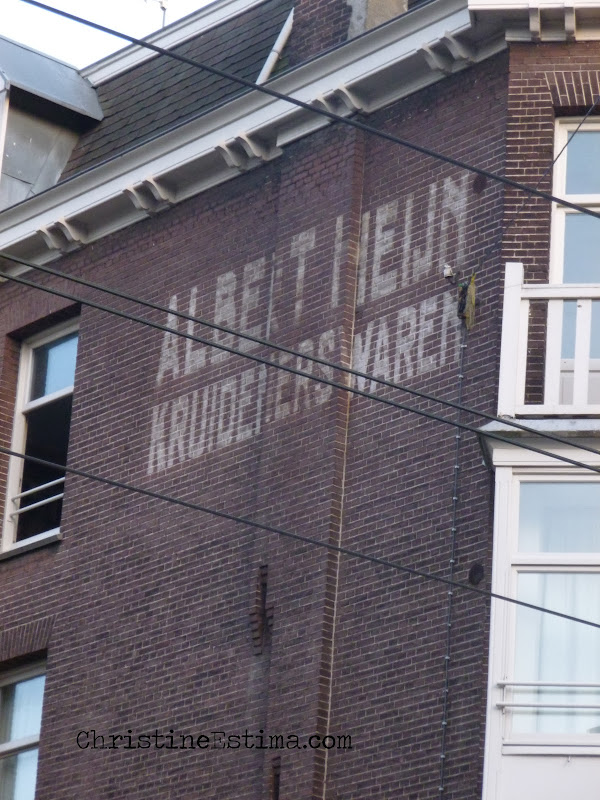 There was no Albert Heijn shop in this building, just a Japanese resto and a sewing machine shop. This was in the De Pijp area. 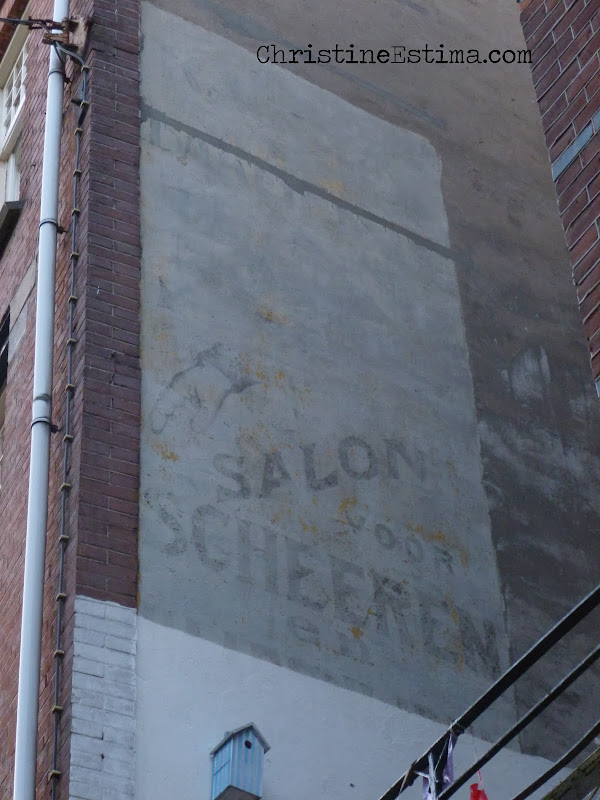 Across the street from it was this amazing faded sign that says “Salon Voor Scheeren” which indicates a barbershop once was housed there. Not anymore, it’s just homes. LOOK AT THE FINGER-HAND! So cool. 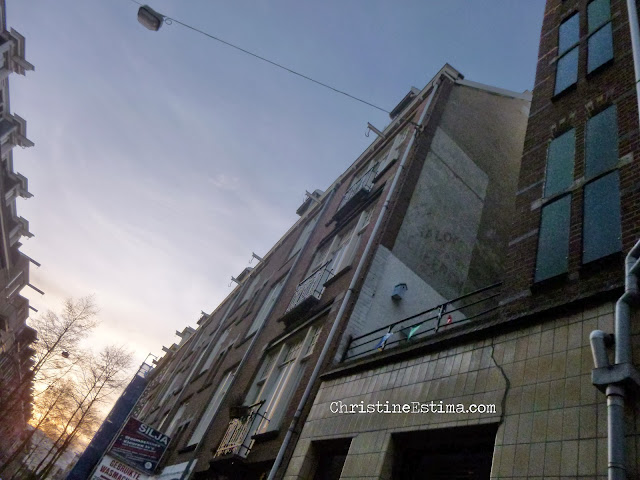 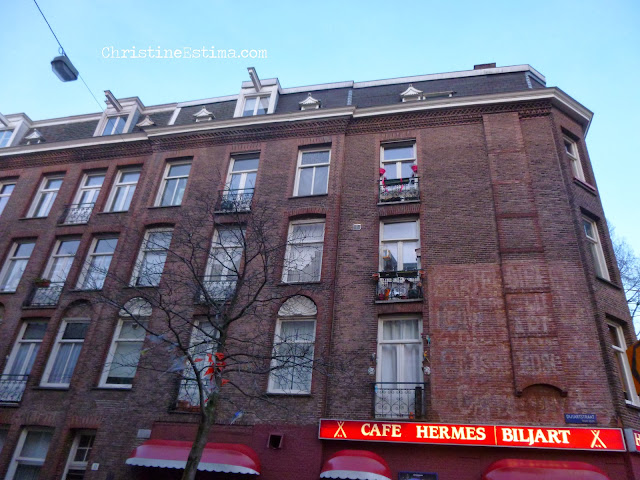 There’s no way to know what this ghost sign above a billiards place used to say. It looks like two signs were painted over each other, and now over time, they’re fading into each other. But I like the calligraphy. 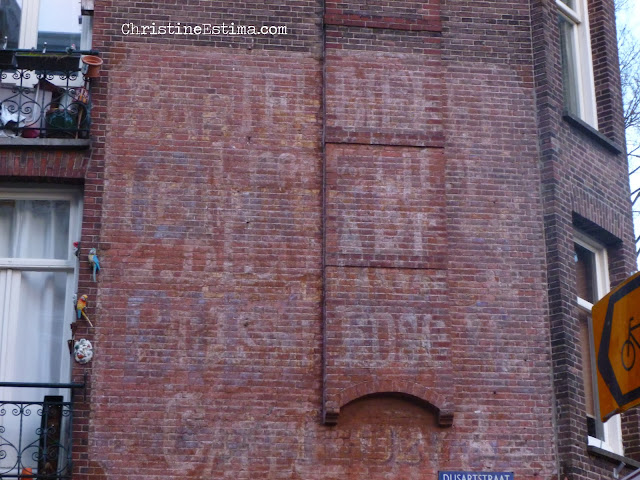 I have already found more ghost signs around that I have yet to photograph, so expect more soon!