If you’re a longtime reader of this blog (which has officially been around for 12 years this month….), you might remember a decade ago when I sold a short story to Room Magazine. I posted about it here….my gosh that blog post hasn’t aged well. Also TMI, ESTIMA. Yeeesh.

Back then, Room was called Room Of One’s Own, but it’s always been an outlet for Canadian women to have feminist literature and art published. This was a big success for me at the time because I was still a novice, emerging writer with only a few successes under my belt. Also, I was still finding my style, voice, and form (which, for a writer, can take years). 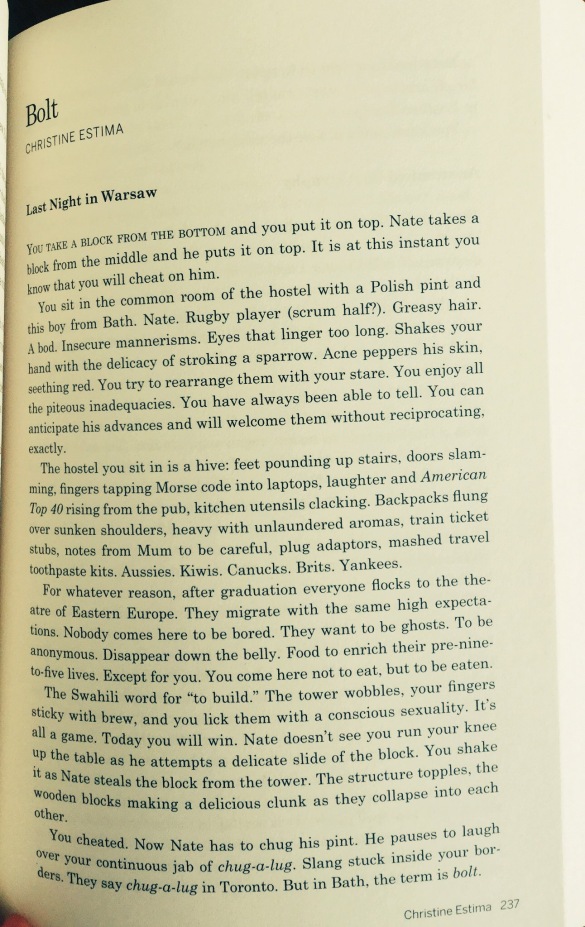 In any case, recently Room contacted me to let me know they were putting together their 40th Anniversary Anthology and they wanted to include my short story!

Me: So you want to re-publish the same story a decade later?

Me: And you want to pay me a second time for the same story?

Me: What do you need me to do?

Them: Could you talk about it on social media?

Me: HOLD MY BEER.

In addition to this great honour, later this week they are having the Toronto launch party for the 40th Anniversary Anthology and they asked me to be one of the readers! Huzzah! Finally, a captive audience.

The event is the evening of April 22 at the Artscape Youngplace in the west end of Toronto, so if you’re about and free that evening, I’d love to see some familiar, friendly faces in the room. Get it? THE ROOM.

All the details for the even are here on the Facebook Event Listing so come out on Saturday and watch me be a huge ham in front of Can.Lit scenesters.

Also don’t forget to check the official Christine Estima dot com to read my published works and to check out all the great things I have coming up!

The Lovertine: Watch my TV interview on TFO!

Life is strange and unpredictable. You never know what’s coming for ya. And I wouldn’t have it any other way. A few months ago, you’ll remember I was interviewed and photographed for a Toronto Life feature , which itself was a lot of fun. Well, more people saw that interview than I bargained for.

I was contacted by the good folks over at TFO 24.7, the Franco-Ontarian TV station here in Canada.  They noticed that I speak French, and that many of my love letters are in French, and they asked if they could come over and film me for a Valentine’s Day segment.

They came over and interviewed me for 5 hours. The finished TV segment is less than 4 minutes, it’s a lot of work that goes into making a mere 4 minutes!  They filmed me in my bedroom here in Toronto, which I have decorated with the letters, old photographs, antique furniture and typewriters, and then they filmed me at an antique shop and a café.

I really like the way this came out. The music they use is super sweet and it makes my 9 x 15 bedroom look much larger than it actually is! I’m also a little embarrassed, just because this is my bedroom and I’m inviting all of you strangers into my tiny little corner of the world, but hey…. I WOULD DOOOOO ANYTHING FOR LOVVVVVVVE. Har har.

I think this is my favourite shot in the entire segment.

Anyway, watch the entire segment below! It’s in French, of course, but you will probably still get the gist of it even if you don’t speak French. Enjoy! Savourez-le! 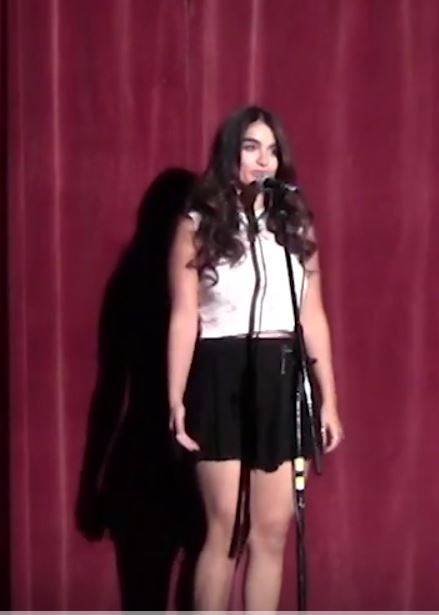 Recently I performed at Raconteurs, a live storytelling event that happens monthly here in Toronto. I’ve performed at Raconteurs before, and as many of you know, lots of other Spoken Word events around the world like The Moth, Spark London, GRTTWaK, and Pressgang. I feel like these events bridge a nice gap between writing and performance. I don’t like to act much, I prefer to be vulnerable on the page, rather than on the stage, but Spoken Word and Live Storytelling are a nice way to meld the two.

I told a story about trying to become the Canadian Amélie with a little help from the Bunz Trading Zone. It’s a crazy story of trying to connect with other people — complete strangers, really — and all the foibles and follies therein. You can watch it below! Enjoy!

In this new year, I have lots of things on my plate! So many upcoming publications, performances, and more! I can’t wait to share the news with you. Even though 2016 was a dumpster fire for everyone, I made some huge advances in my career and I’m so pleased with the direction in which everything is going. Small positive steps everyday lead to big things!

Also, I have a new adventure on the horizon! On Valentine’s Day, I head to Helsingborg, Sweden for the first time! I’ve never been (even though I lived in Europe for years and years), so when a housesitting opportunity arose, so I had to take it. After Sweden, I’ll be swinging through London, Brussels, and Amsterdam to visit my friends (and celebrate my birfday! What a crazy 3 weeks this is going to be….), so if you’re in Helsingborg and want to show this wee Canadian lass around, hit me up!

As always, don’t forget to check out Christine Estima dot CALM (har har) to read all of my published articles, watch my performances, and check out my media coverage.

Check me out in Toronto Life!

Recently, Toronto Life, an upmarket magazine here in the 6ix, asked if they could come over to my place and interview and photograph me for a series they’re doing on people who collect weird/wonderful things. So naturally my large collection of old love letters and photographs that I bought form European flea markets had to go into the fold. If you’re a longtime reader of ye olde’ blog, you know all about my flea-marketing-proclivities. This old post from 3 years ago details one of the very first love letters I ever bought at a European flea market. I’ve also sold an article to VICE about the things I collect from flea markets.

Anyway, I really like the write-up they’ve done here on me and the pictures turned out great! Click on the image above or click here to read the article in full!

And don’t forget to check out Christine Estima dot com for all of the press coverage I have received over the years, I’ve been featured in everything from CBC Newsworld, The Toronto Star, BBC Radio, and more! Click this image!

Music Worth Writing About: my piece in @thepuritan’s #TownCrier

Remember a few months ago when my creative non-fiction piece ‘Sarajevo Roses‘ was published in The Puritan? The good peeps there asked me to contribute to their Town Crier section on the topic of music and what I like to listen to when I write. People ask me all the time what music is good for surging their creativity when they write. Here’s what I listen to. Maybe you’ll discover some new tunes that will inspire your writing. Click here or click the image above to read.

And as always, don’t forget to check out the official Christine Estima dot com to read more of my published works.