The Brow Game: my latest essay published in Vice 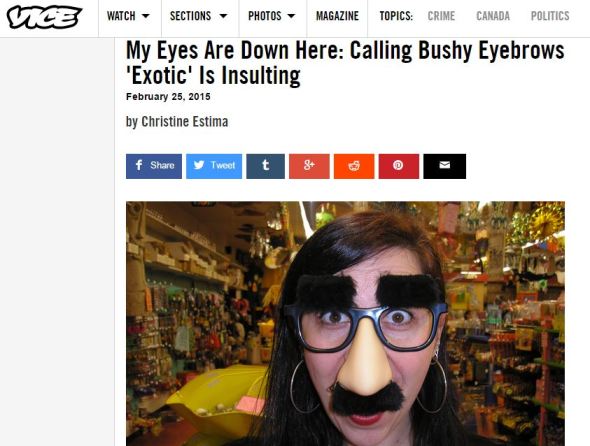 I have had so many interactions with people lately based solely on the furry situation happening north of my eyes that I thought I’d write an entire think-piece on it. I sold it to Vice because, as you know, they love a good eyebrow think-piece. I mean, who doesn’t? Amirite? Click on the above image, or click here to read it.

I’ve been reading Vice since 1998 and am a long-time subscriber, so it’s nice to be included in their canon. Back then the only place in Toronto you could get Vice was in the entryway to Suspect Video at the first of the month, and you had to scramble because everyone was snatching them up. When I was living in London, I found a record shop on D’Arblay Street in Soho that stocked Vice waaay in the back, so you wouldn’t know they had it unless you were a regular.

I remember years ago reading this particular Don’t from their Do’s & Don’ts section and pissing myself with laughter. Satire at its finest!

You laughed. Admit it. 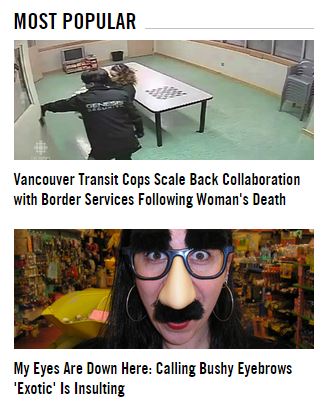 And it was one of the Most Popular articles on Vice too. Not too shabby.

I’m getting lotsa great comments from women on this piece … and lotsa “fuck-your-eyebrows-and-fuck-you” comments from aggro white dudebros.