Backpacking across Europe for less than €15 a day: my latest in @VICECanada 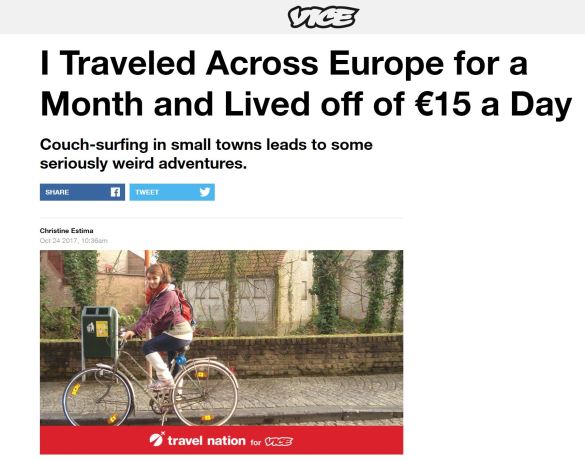 Wow, two blog posts in one day? This reminds me of my New York Clusterfuck of 2011 where I was blogging 13 times a day (ooof . . .  sorry about that btw). I never blog this often anymore! But when you’ve got a lot going on, it’s nice to share it with a network that supports your voice and your work.

All you regular munchkins know that I’ve been backpacking around the world since 2005 and have published A LOT of travel writing in various publications. To that end, VICE partnered with Travel Nation to create more travel content on the network, and they asked me to write a whole bunch of pieces from my days on the road. No problem, hope they don’t mind me spilling litres of ink on the subject. I’ve got stories!

The first of my many pieces was published in October (I just realized it now . . . I’ve been busy writing!), and it’s about that time I backpacked across Europe for 30 days with the challenge of living off of €15 a day. Read it here! Also, all the photography included in the piece is mine as well.

Yes, I actually did live off of €15 a day. Since I’m such a penny-pincher with purse-strings tighter than a sphincter, it really wasn’t that difficult for me. And not only did I live like a queen, I actually was saving money. I walked away with a surplus. I kept a ledger in my Notepad app to track how much I was spending, case in point, here’s what I would spend in a typical day: 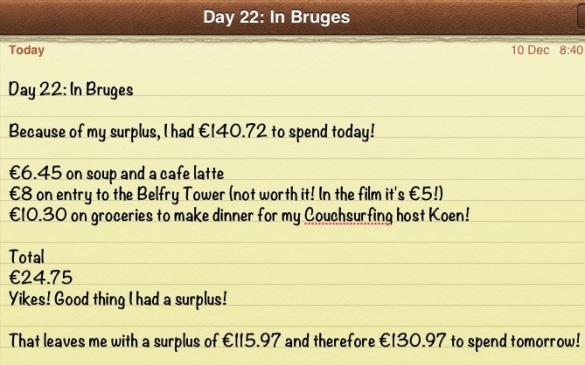 haha, remember when the Notepad app looked like this?

There’s more where that came from in the piece, so read-on dear grasshopper if you want to learn how to travel the world without breaking the bank.

Expect more from me on this topic soon, I’ve already written many more that are currently being edited by the team for this sponsored project.

Don’t forget to check out Christine Estima dot com for more of my published travel writing! 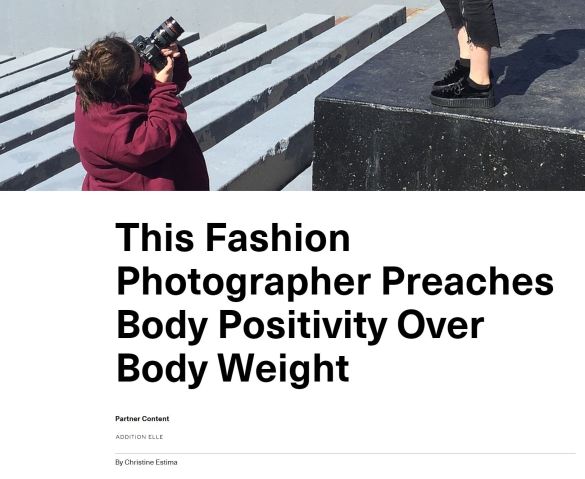 My regular work with VICE led me to a unique opportunity. Broadly, the women-focused channel within the VICE umbrella, partnered with plus-size fashion line Addition-Elle to create content celebrating women of all shapes and sizes. They asked me if I’d like to write a few pieces on the topic. Um, YES. I love plus-size fashion photography because of the way it busts open all of those tropes surrounding what is and isn’t “allowed” to be sexy. Plus-size models show that there are many ways to be sexy. Sexy isn’t one thing. It’s many things.

As you’ll see from these pieces, I go into all of that with my interview subjects. First, I interviewed plus-size fashion photographer Anastasia Garcia, which you can read here. 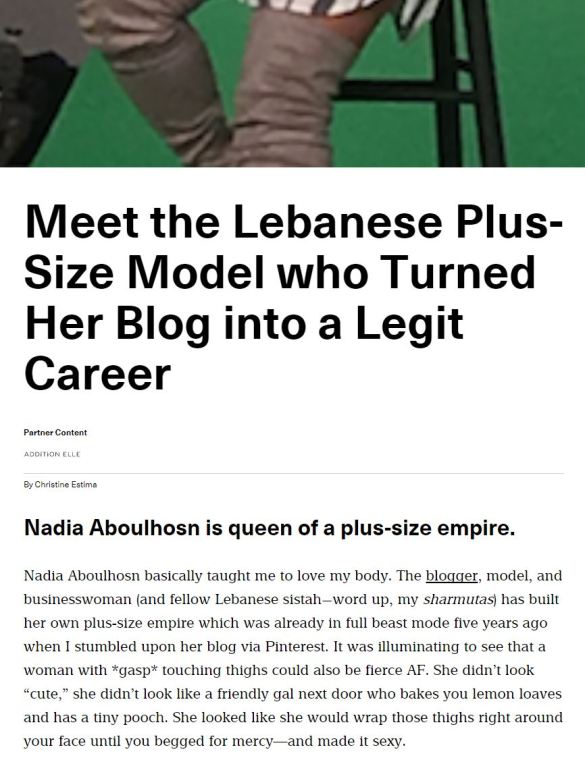 Then, I interviewed plus-size model Nadia Aboulhosn. This was super exciting for me because, as I say in the piece, I’ve been a fan of hers for a long time. She’s a game-changer and full of chutzpah, so this was definitely a delight. You can read that piece here.

There’s more from me to come on the topic, most likely in December, so watch this space.

Don’t forget to check out the official Christine Estima dot com for more of my published works! 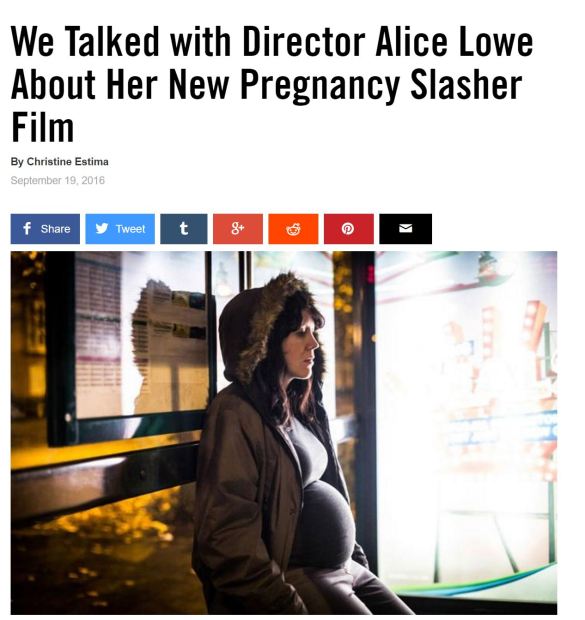 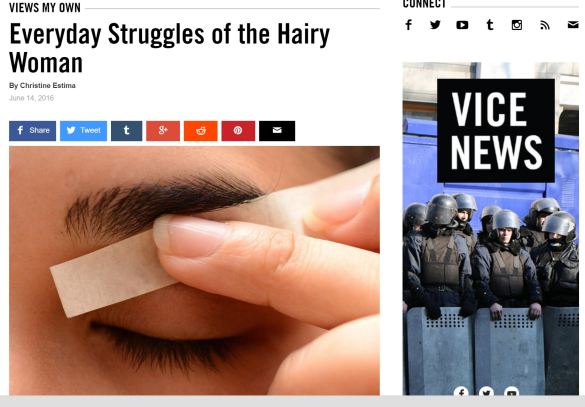 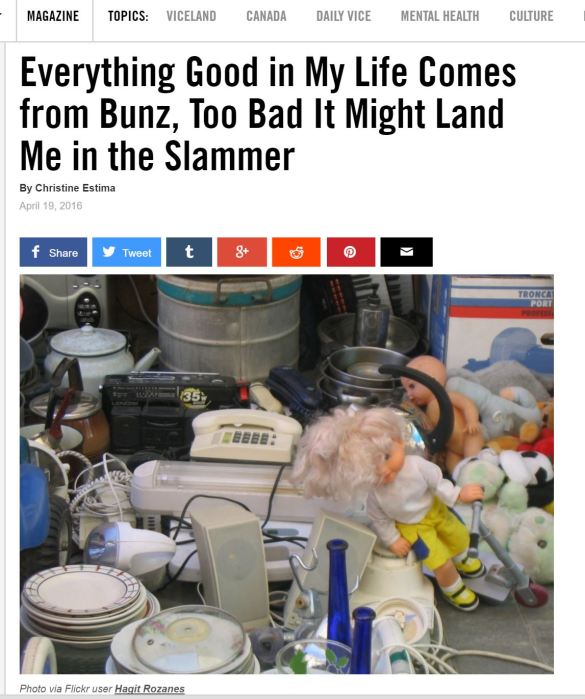 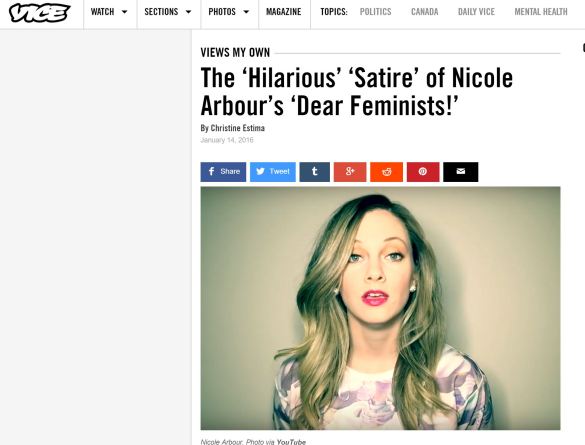 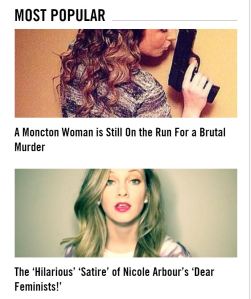 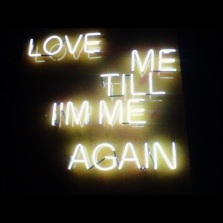