Check out my latest essay in AufBau!

Last year I wrote a couple articles for the Swiss German monthly magazine AufBau, which has been around since the 1930s when it was based in NYC, and whose contributors have included Albert Einstein and Hannah Arendt. It was a great experience and they were really easy to work with. They even translated my stuff into German which was pretty nifty! So I was delighted to get a message from them a few months ago asking me to pen a personal essay for their Winter issue! The issue “Unsere Welt,” which means “Our World,” (those German lessons paid off!) is an issue that contains a multitude of essays with a global perspective on current pressing issues of the day. My essay, which they published in both German and English, is about my experiences of reporting sexual harassment in both Toronto and London, and compares/contrasts the approach taken by both police departments. Look at the side-by-side I’ve created here:

You can check out AufBau online here, and you can read the issue in which I appear in German and in English here.

I have sold a few more pieces lately to different journals and magazines, and am eagerly awaiting their publication dates! When they hit the shelves, you’ll be the first to know! In the meantime, don’t forget to check out the official Christine Estima dot com for all of my publications, performances, and more!

Translating the Abandoned German Letters from 1946

Last year when I was living in Brussels, I was frequenting my absolute favourite flea market in the world Jeu de Balle, buying photographs and love letters and other trinkets. As usual, when the flea market is over, the vendors usually leave a whole trove of junk just lying on the cobblestone grounds that either they couldn’t sell, that broke, that was damaged, that got soaked from the rain, or that they just don’t want to transport back to their warehouses. The thing is, the street cleaners come in very quickly after the market is over to pick up all the trash and wash the square clean! So if you’re crafty, quick, and don’t mind getting your hands dirty, you can get your hands on some amazing antique and vintage gems. 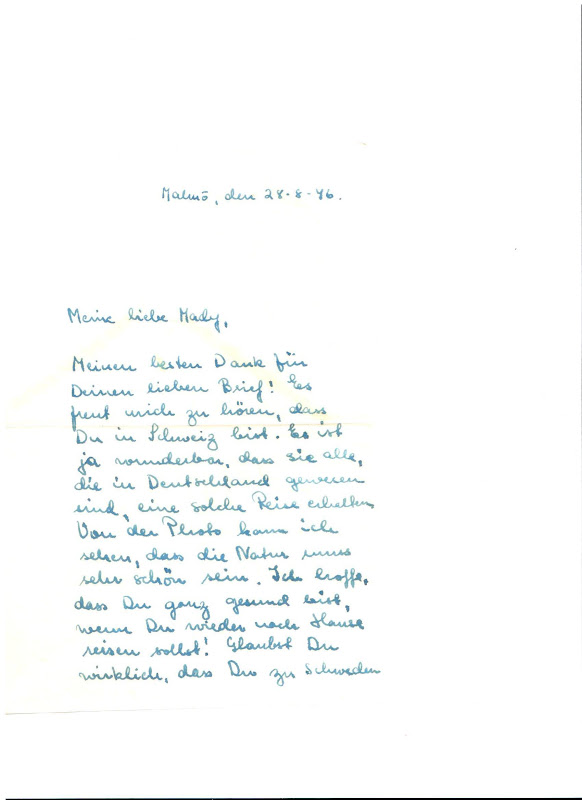 Seeing as how I’m an excellent scavenger (and I don’t like paying for things), I would always scour the cobbles (and in between the cobbles!), go through the piles of trash, kick over soaked boxes and rifle through all the discarded remains for whatever meant something to me. From my scavenges, I have procured monochrome photographs from the 1920s, gold-rimmed picture frames, and these two letters written in German in 1946.

As you can see from the very top picture, the stamps were ripped from the envelopes (probably because 1946 stamps are worth a lot!) but I was more interested in the contents of the letters! 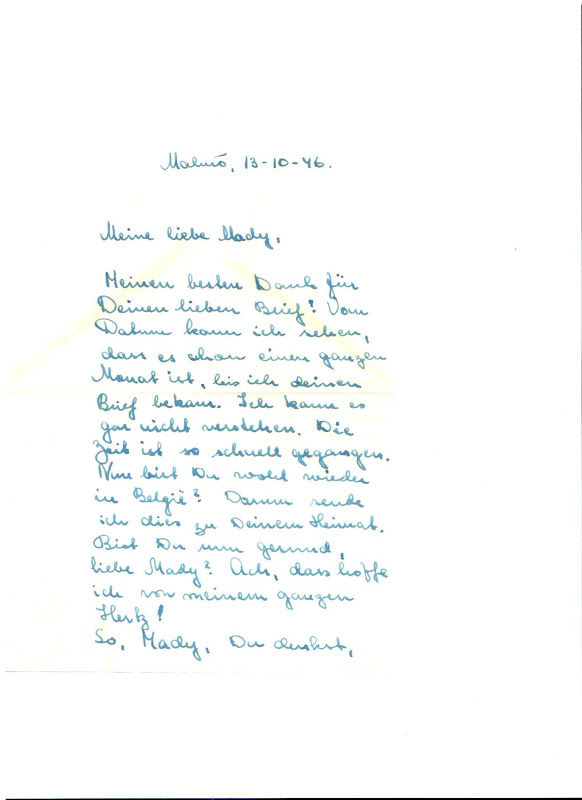 Luckily, the internet loves to help! I tweeted out for help in translating them, and a wonderful follower of mine from Berlin, who wants to be referenced here as Resa Lamego, offered to help! She was able to translate the letters very quickly because her English is amazing, and even though she was busy travelling down to Heidelberg, she still did a fabulous job.

The letters mostly just contain mundane minutiae of these women’s lives from 1946, nothing mind-blowing or tragic or epic, but the language employed is quite nice!

Here’s an excerpt from the 1st letter (edited for content… really just the most interesting parts!)

Thank you so much for your lovely letter! I’m glad to hear you are in Switzerland. It is wonderful that they all who have been/ used to be in Germany gain such a trip. From the photo I can tell that the nature must be very beautiful. I hope you are completely recovered/healthy when you travel back home! Do you really believe you will be able to come to Sweden? I would be so happy if it was possible. Then you must come to Malmö. As before I got the children from (..)? Now we got the Karl-Jo-Haus-School back. Last year sick children from France and Austria were living there […] One always needs to be with the children, one needs to help them to eat, to play and to bathe. […] It is very hard to write in German and I make many mistakes. I hope you are able to read it? I have never been very good in German but maybe it is harder than usual because I was reading in English the whole winter long. I received my major and can now be a teacher of English. Half of my summer months this year I spent in an international school in Helsingor and there English was the conversational speech. Now my head is full of English words and phrases. So now I need to practice in this letter otherwise I will forget my German and that can’t be!

And here’s an excerpt from the 2nd letter, unedited because the whole thing was totally cool.

Thank you so much for your letter! From the date I can tell that it has been already over a month before I received your letter. I can’t really understand why. Time has passed so quickly. Now you probably are back in Belgium? If so, I send this to your home. Have you recovered dear Mady? Oh, I hope you are from the bottom of my heart!

So, Mady, you think I am chubby/big? Oh well, that is possible. I love to eat and maybe I do it too much. The photo was from summer and then I am always bigger because then I don’t have my work. So I think now it’s better. One doesn’t like to be big!

I got from your letter that you are glad to be back in Belgium. Here in Sweden we have a saying: Foreign countries are good, but home is always the best. And I believe that is very true. I haven’t been to foreign countries, you know, except Denmark and Norway and that for us aren’t really foreign countries. For the next summer I hope I will be allowed to travel to England. I am supposed to have English classes with children, you know and of course it should be very good for me to spend a few months in England. That way one learns the language much better.

Dear Mady, you say that maybe you will come back to Sweden. How happy I should be if that was possible. Will you come alone or with other people? Oh, it would be wonderful to meet you again. Please Mady, if you can, so come, come! I am telling you my dearest welcome!

P.S. May I also send my regards to your family?

Oh Anna-Kerstin, you sweet Danish-living-English-teaching friend! How wonderful and sweet you were to your friend Mady! And such a shame that someone saw fit to discard your beautiful letters into a trash heap in Brussels. So glad I recovered them and saved them!

As I wrote about for VICE, the main reason why personal items like this end up on the fleas is because the owner passed away and their family just wanted to liquidate all the belongings. Why? They probably weren’t on very good terms.

So Mady, I hope you had a good life. Your surviving family is shit.

To the flea markets!! 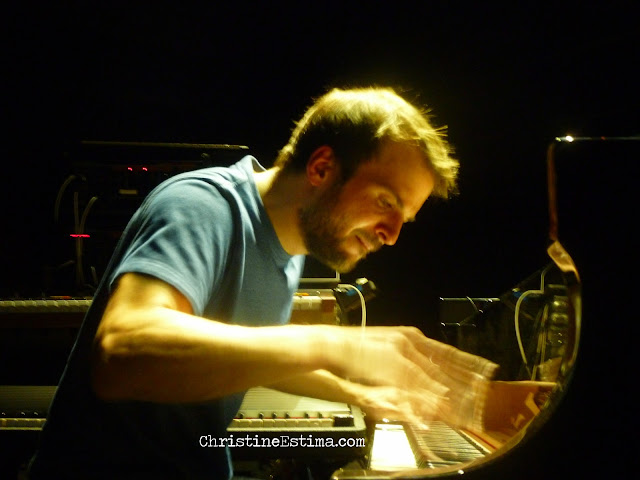 My beloved Berlin pianist Nils Frahm played a sold-out show in Toronto a few days ago, and I was lucky enough not only to grab a ticket, but after the first song Says, he invited us to sit on the stage with him, so I was literally sitting at his feet as he played, a mere metre away. This is the fifth time I’ve seen him live in just over a year, previously I’d seen him in Cologne, twice in Copenhagen, and also Berlin. When you watch him live, you become entranced by his fingers and his arm muscles which seem to be moving faster than your eyes or your camera lens can see. Notice in the pic above how my camera can’t even keep up with his hands. He plays three pianos at once and pulls this amazing orgasm face when he gets really into it.

Anyway, enjoy my pics from the show. I WAS SO CLOSE, YOU GUYS. 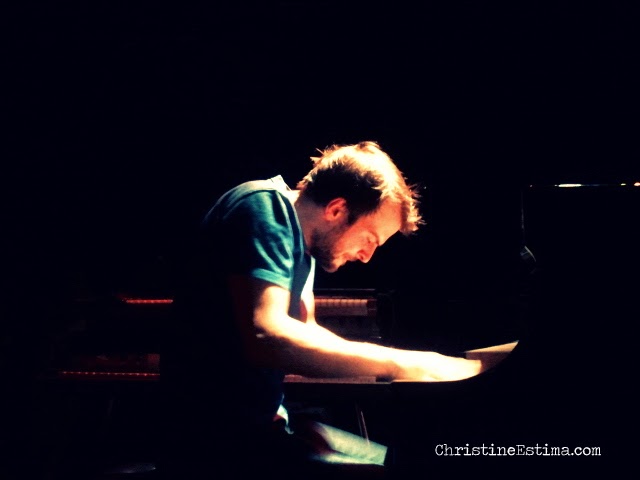 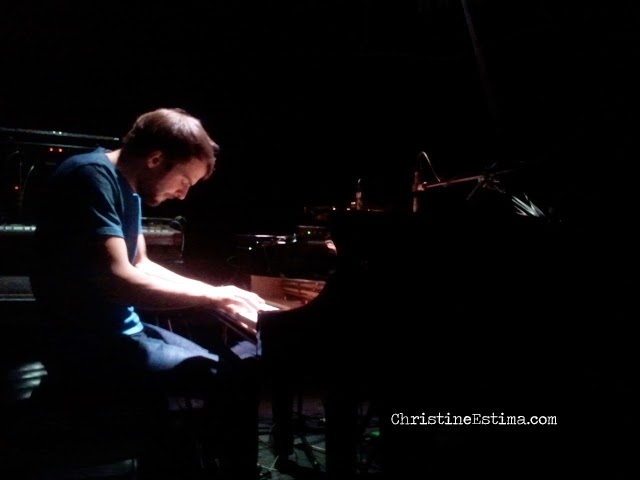 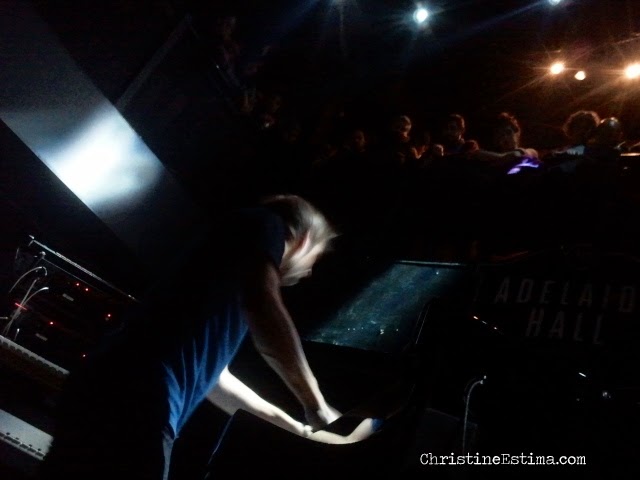 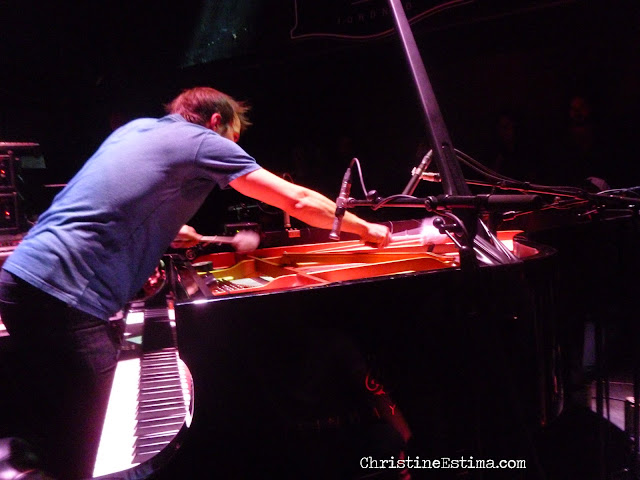 The toilet brushes were the best part. 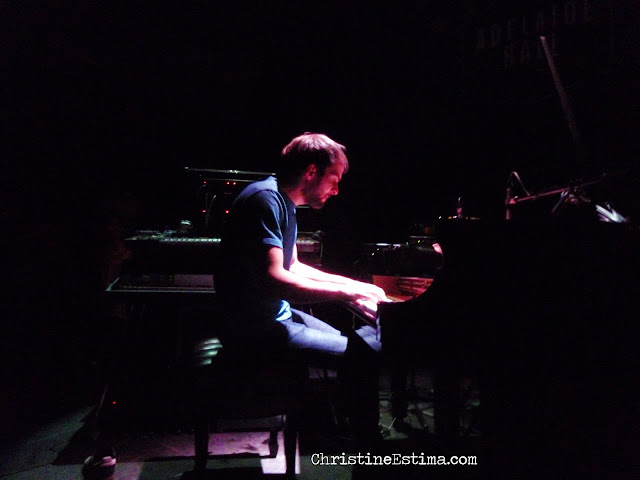 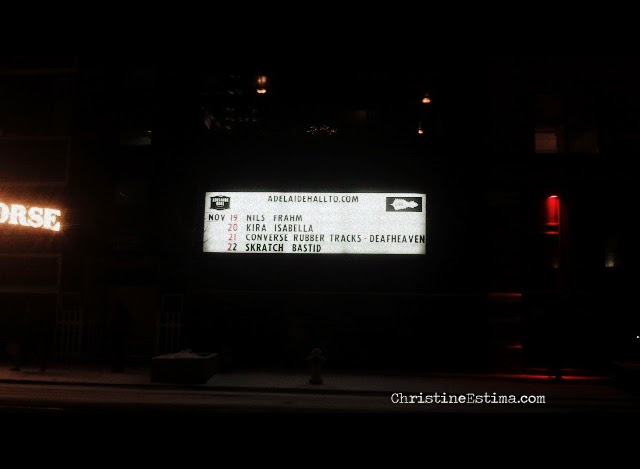